Random facts about Australia: Australia is the smallest continent in the world, but it’s also the largest island in the world, koalas end up in hospital because they fall out of trees (or they have chlamydia, or maybe they fall out of trees because of the chlamydia!), Australia’s don’t drink Foster’s Beer, Vegemite is a big deal, and there are approximately 2,000 edibles from the plant kingdom right here too (fruits, plants, roots, mushrooms). Another fact is that 1 in 10 Australians are need of a Foodbank or food assistance each day – Australia has a lot of hunger pains. I’m at the warehouse of Foodbank (FBV) Victoria, volunteering my time and learning more. 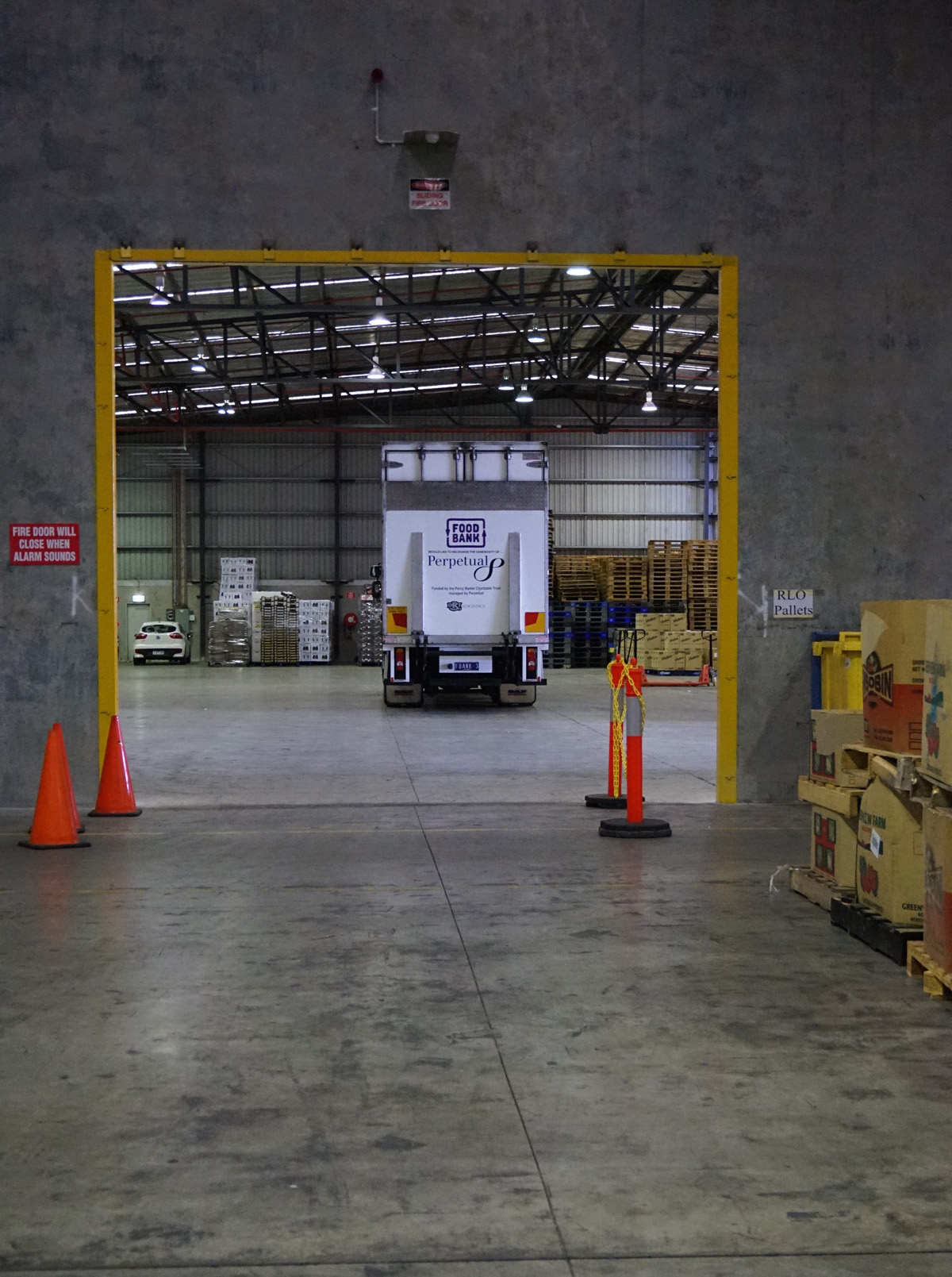 I’ve helped in other Foodbanks before, but the scale and creativity over here was something else. For starters FBV’s vision is ‘healthy food for all’ – how impressive is that? Working with almost 300 local businesses, manufacturers and producers in Victoria, everyone is working together and collaborating towards long-term targets, rather than short-term donations – meaning higher quantities of healthy, nutritious foods, rather than short life foods or those with little nutritional goodness. Just that is such a strong message. By taking a step back and observing the day-to-day operations, it’s clear that FBV voice is genuine with a solid, sustainable business model that has their back.
With diabetes, obesity and heart disease all on the rise (everywhere), the way that we eat and what we are eating is causing serious problems. Our eating habits are shaped at a young age by what we eat. But with the rise of convenience cooking (if you can use the word ‘cooking’) that’s worrying. We may think we can shop ourselves out of diet related illnesses with foods promising ‘low in fat’, ‘low in carbs’, ‘reduced fat’, but in reality we can’t. It’s crazy to think that we are the first generation that is expected to live shorter lives than their parents – our diets did that.
As victims of industrialization we’ve taken something as simple as bread and found a way to cheaply mass-produce it , keep it alive with preservatives and additives, and added a whole whack of sugar to it. Then, in grocery stores, we’re navigated towards the processed middle aisle baring the brightly coloured promise of ‘cheap food’. These convenience items are full of sugar, high in salt, and generally addictive – just like drugs. But those low prices aren’t so low in the long term. The lower social economic class can’t afford the medical costs associated with their poor eating habits, and there’s this repetitive cycle – ‘keeping the poor man poor’ (in my opinion). Radio announcements informing me that the Foodbank is in ‘desperate need for Kraft Dinner’ is all too common in North America. But just because someone may be in need of a food security doesn’t mean they aren’t capable of, or aren’t willing to cook. With rising fresh food prices and a higher cost of living, it’s hard to feed a family fresh food without the Foodbank helping out. But it’s not the big name brands that are dictating what the 108,700+ Victorians (each month) are eating. That’s where ‘Farms to Families’ and ‘Key Staples’ comes in.

I’ve spoken about ‘excess’, ‘waste’, or ‘ugly’ foods before, but for one reason or another these foods can’t enter the retail chain, so that’s where the Foodbank steps in. They collect these products from farmers, manufacturers and wholesalers, and the products may be end-of-the-line, mis-labelled, damaged packaging, surplus, or just plain ‘ugly’ in the eyes of the retailer. All of which are completely safe for people to eat. It’s often the small-time farmer’s who suffer when their produce is imperfect or there’s too much of it, but Foodbank pays the farmers for their otherwise unsaleable produce. It’s all about building a community and supporting local to keep Australia’s agricultural industry strong.
The ‘Farms to Families’ project is special. Not only does the program rescue up to 1 million kilograms of fresh vegetables posed for landfill, but it also sends fresh, yummy goodness directly to the Foodbank supported welfare agencies and charities. But wait, Pop.Up.Farmers.Market – word! This makes me all warm and fuzzy. Families have the chance to shop in a safe place where it’s ok to collect their farm fresh produce. For families to experience the excitement and colour of a farmers’ market – to touch, to taste, to smell, to eat. To be gifted the chance to learn more about where their food comes from, seasonality, how they fit in our eco-system, and see food as more than just an ingredient or something we buy. Foodbank Victoria masterly bridges the gap, bringing hope and making in-season local produce accessible for everyone.
Next comes the not-so traditional ‘Key Staples’ program. Collaboration – it’s what the food industry is supposed to be about. We collaborated a lot at my restaurant, to the point that Western Living Magazine dubbed me ‘the collaborator’, so we worked together, we taught, we learnt, and we shared. This program makes sure there’s consistently enough of the key items – breakfast cereal, milk, canned fruit, vegetables, rice, pasta, pasta sauce and meat. Foodbank works with national manufacturers to coordinate the production (standard specification to make things easy as possible), processing, packaging and transport of the product using ingredients and services, which are either donated or provided at minimal cost. And now Foodbank has its own branded products.

Through the ‘Key Staples’ program, the Foodbank converts a $1 donation and turns that into $8 worth of healthy food. For example, each year Foodbank Australia needs 2,000 tonnes of grain for its Key Staples program. Growers and traders donate the grain; this grain is then produced into cereal and pasta. The cereal suppliers donate a full day’s worth of production at its factory. And over 1 million serves is produced each year. Meat partners may donate trim and turn them into sausages – this is a by-product that would otherwise be thrown away, but there’s nothing wrong with the meat. The list goes on. But, a staggering 3 million kilos of food a year, with over 60 million compete meals across Australia annually, is generated because of this program alone.
And last but not least, the ‘School Breakfast Club’ because 1 in 7 kids go without breakfast in the morning, and it’s the most important meal of the day. Already delivering nutritious breakfasts to 500 of the most disadvantaged schools in Victoria, the Foodbank is giving school children from lower income families a better shot at a healthier future. 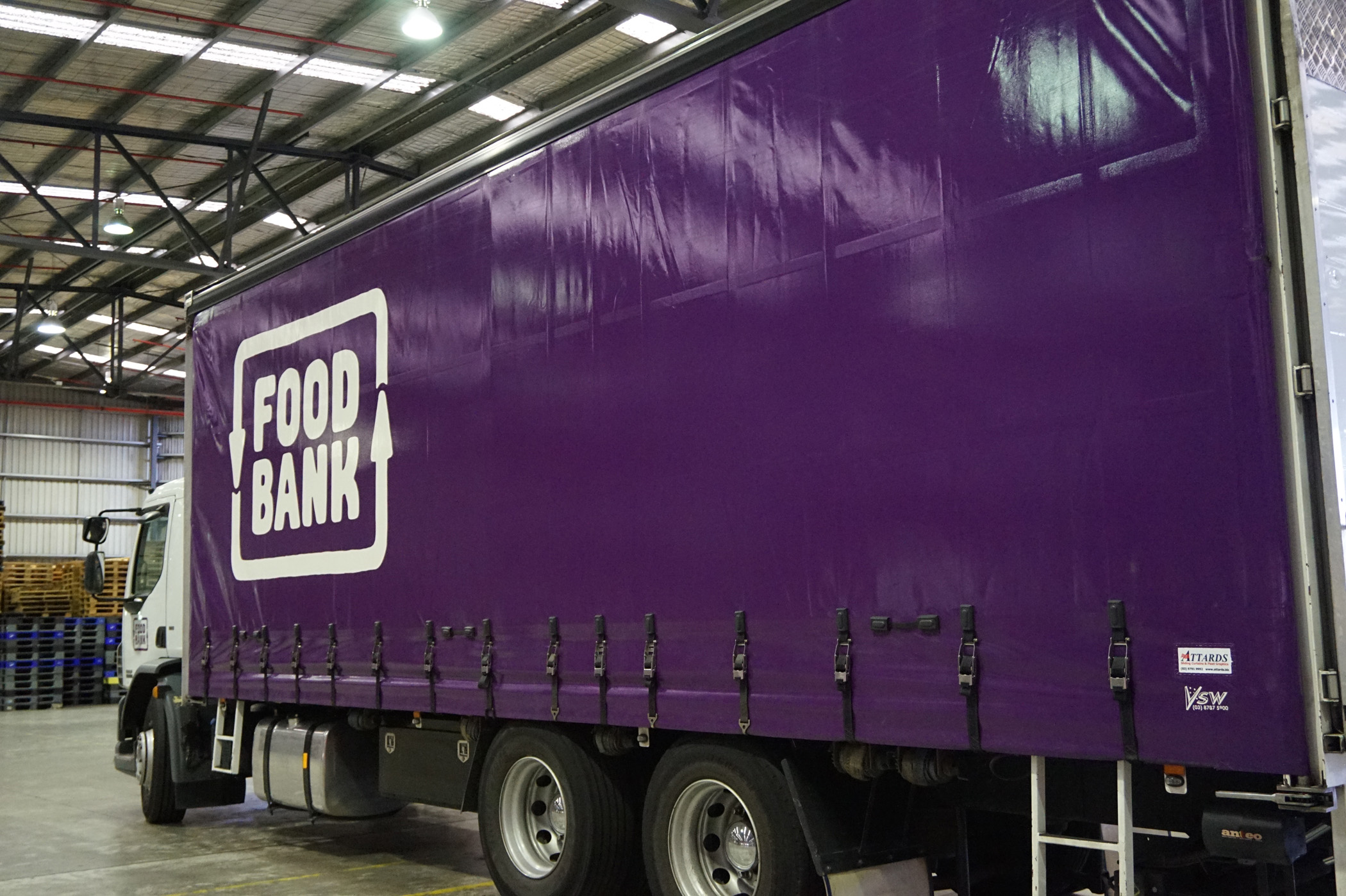 For me, the thing that stands out is how Foodbank Australia has built a culture and a sense of community amongst their volunteers, staff, farmers and suppliers. When this happens you empower the community around you, and in turn, everyone benefits – it’s a beautiful thing. Foodbank Victoria is helping to reduce food waste and tackling Australia’s hunger pains through new and exiting ways. But this wouldn’t be possible without the volunteers showing up each day, putting on their florescent orange vest, packing redistributed food for orders, manning the farmers’ markets, raising money and doing whatever is needed of them, because that’s just what you do for your community.

“The thing about the Foodbank that stands out for me is the support we get from communities. So looking at our volunteers, people running fundraisers for us, and interest in helping us with our programmes. Without our volunteers, Foodbank couldn’t operate. I think we’ve got about 67% now run by volunteers, so it’s really helping us out, making sure our programmes work, making sure we can get food out there every day, that our orders are supplied and get the word out there about Foodbank”

Food really is power.
I think the collaborating partners to the ‘Key Staples’ program deserve a shout out – so thank you to: